Well, it was certainly not the best timing for us to start the EWWS in 2020. It is actually quite safe to say that, overall, 2020 sucked donkey balls.
Although this summer we missed many of our good international friends, stuck amidst a myriad of different circumstances and restrictions, we did manage to put together a small gang of keen paddlers who, in one way or another, managed to elude the cancelled flights, dodge closed boarders and overcome adversities to make it all the way down to Southern France with the aim to hit the magical Makinito Hole. Here’s a few impressions of the week:

The team of Burners consisted of notorious Ben Higgson “Benny-boy” from Wales, South-tyrolese Sandra Laher, cheeky British Issie Wormall and catalan troublemaker Aisa Lopez-Arenas. With Jacko and David stuck in the UK and Ireland, Quim took the role of Head Coach of the camp with Núria helping out being the “supernanny” of the group. In all fairness it wasn’t such a bad trade after all as we all know Jacko, David and Quim will never get a Mitchellin star for their cooking skills. Happily enough, there was plenty of delicious food to be eaten throughout the week, even if weirdos Benny and Issie much preferred plain pasta to delicious Mexican-style tortillas.

With Benny we focused on tiding up his already packed bag of tricks, putting special emphasis on the landings of his lunars and trickys, which were often a bit rushed into backloops rather than ends during the first few days. By the 3rd day of the camp we had managed to sort out this technical detail many paddlers struggle with, and the next mission was to start decreasing the level of focus he needed to put into the trick in order to hit those perfectly. The lower level of conscious effort and the higher level of muscle memory, the more efficiently we paddle and the sooner we can direct the valuable focus into other aspects of the trick… such as landing the last lunar end high enough in order to turn the lunar into a lunarloop.

Aisa came with the goal to learn how to mcnasty in both directions. I (Quim) coach Aisa regularly and she is one of the most talented young paddlers we have in the Salt-ter Club, yet her progress much exceeded my very own expectations (and I do have very high expectations for all Burners). Indeed, I had only seen her land a couple McNasties before the camp and on day 2 she had already progressed to the point she could mcnasty at will at almost every ride she attempted. Straight away we started working bidirectionally and it didn’t take long for Aisa to figure out the trick in the other direction. Too often I see paddlers who are great at one specific direction making their paddling predictable and monotonous, I like to push my paddlers to work on both directions not only because this makes your paddling more adaptable, but because it improves the flair of the paddler and it’s just a lot more fun to combine tricks in both sides.

In regards to Issie, although during the first sessions many efforts were put into getting her to try new stuff, she decided that she lives for the loop (and the gram – give her a follow!). I am lucky to be able to work with such talented paddlers and sometimes it’s easy to forget how young they actually are. Issie’s is just 12 and already killing it, so after this realisation it became clear that the best that could be done here was to let her enjoy herself and the amazing spot we had to loop for day in and day out. Safe to say she’s got it dialled in by now.

Finally, Sandra was a total surprise. We hadn’t heard of any South-tyrolese freestyler before and I had no idea what standard to expect before I saw her paddling for the first time. Sandra showed great skills from the very beginning and a good range of tricks that, with a few tweaks on her technique became increasingly solid and sharp. Big progress was done with the landings of her Space Godzillas and initiation of her Phoenixes. We also worked on some basic concepts that she was lacking due to having grown up on an isolated freestyle community where paddlers were autodidacts and thus learning from trial and error. I could relate so much to her as I too began in a pretty isolated community and had to slowly figure things out for ourselves. However, as a good base was built it took little advice for Sandra to make amazing progress throughout the week.

The conclusion. We had a blast of a week training in one of the best spots in Europe, chilled on the sun, visited the local irrigation channel slides, did a bit of hiking, ate lots of baguette and did lots of progress to leave being better paddlers than we arrived.
Thanks to all the paddlers for the great week, Núria, Tom and Lisette for the support with logistics and all the parents who worked against the tide to give these young paddlers the chance to attend the camp. See you next time!

FILL the form and we'll be in touch! 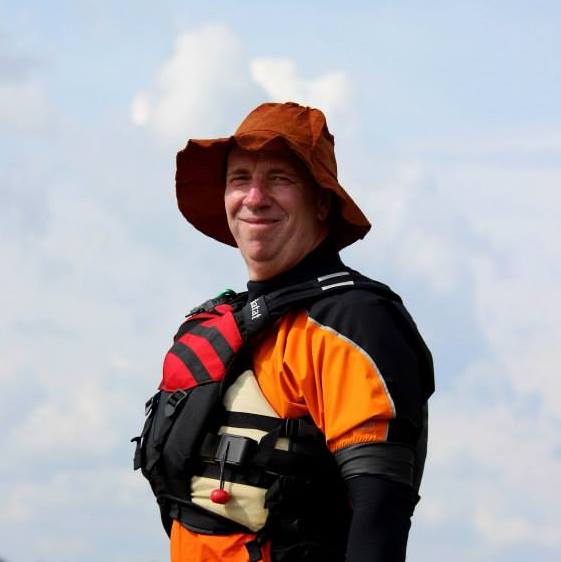